The public is being mass poisoned by antiseptic chemicals in shampoos, lotions, eye drops and mouthwash

Researchers from the University of California, Davis surveyed a collection of 1,600 compounds and drugs in household and pharmaceutical use, with mitochondrial function, and found that quaternary ammonium compounds or “quats”– which are common ingredients in cleaners and disinfectants such as shampoos, lotions, eye drops, nasal sprays, lozenges, toothpaste, mouth wash, and household cleaners — hinder mitochondrial function and estrogen signaling.

“Disinfectants that we are putting on and in our bodies, and using in our environment, have been shown to inhibit mitochondrial energy production and the cellular estrogen response,” said biochemist Gino Cortopassi in the UC Davis School of Veterinary Medicine, as reported by ScienceDaily.com.

Cortopassi explained that this is alarming because exposure to other mitochondrial-inhibiting drugs such as rotenone and MPTP have been associated with increased risk for Parkinson’s disease.

Mitochondria act as the power plants of the cell. They transport energy to cells which pass through five stations of the mitochondria to produce maximum cell energy. So if the mitochondria does not serve its function, the cells will not receive the energy that they need. Cells that need more energy have greater number of these organelles than those with lower energy needs.

In the study, quats were found to inhibit estrogen signaling in cells. Estrogen is the female sex hormone responsible for the development of female secondary sex characteristics, such as breasts, wider hips, pubic hair, and armpit hair.

In a 2014 report by EnvironmentalHealthNews.org, quats were also found to cause reproductive problems in mice.

The study, conducted by a group of researchers at Virginia Tech University, revealed that the mice exposed to quats through a laboratory disinfectant caused reproductive toxicity and reduced fertility in mice.

At that time, Pat Hunt, an author of the study and geneticist at the Washington State University said that it was impossible to say what exposure at these levels meant for humans because there had been little research on these compounds.

The findings of the new study, however, answer this predicament.

Sandipan Datta, a postdoctoral scholar in Cortopassi’s laboratory, said that they have demonstrated that quat exposure caused reproductive toxicity in both females and males. Datta also mentioned that the anti-estrogenic effects they saw in the cells could explain the female reproductive toxicity, such as less estrus cycles and lower breeding rates.

Cortopassi and his team said that additional studies are needed to determine how these chemicals may accumulate in tissues with regular use, and to understand if quat exposure affects health and disease in humans.

Quats have been commonly used to disinfect surfaces, preserve cosmetics and personal care products, clean clothing, and soften fabrics since the 1940s. 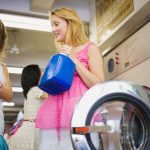 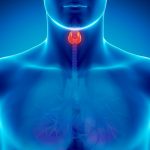 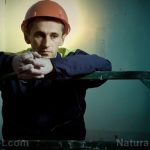 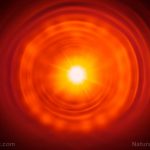 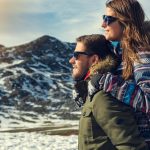